My first blog post is dedicated to a staple of the Israeli / Middle Eastern kitchen, as well as to the vegan kitchen. 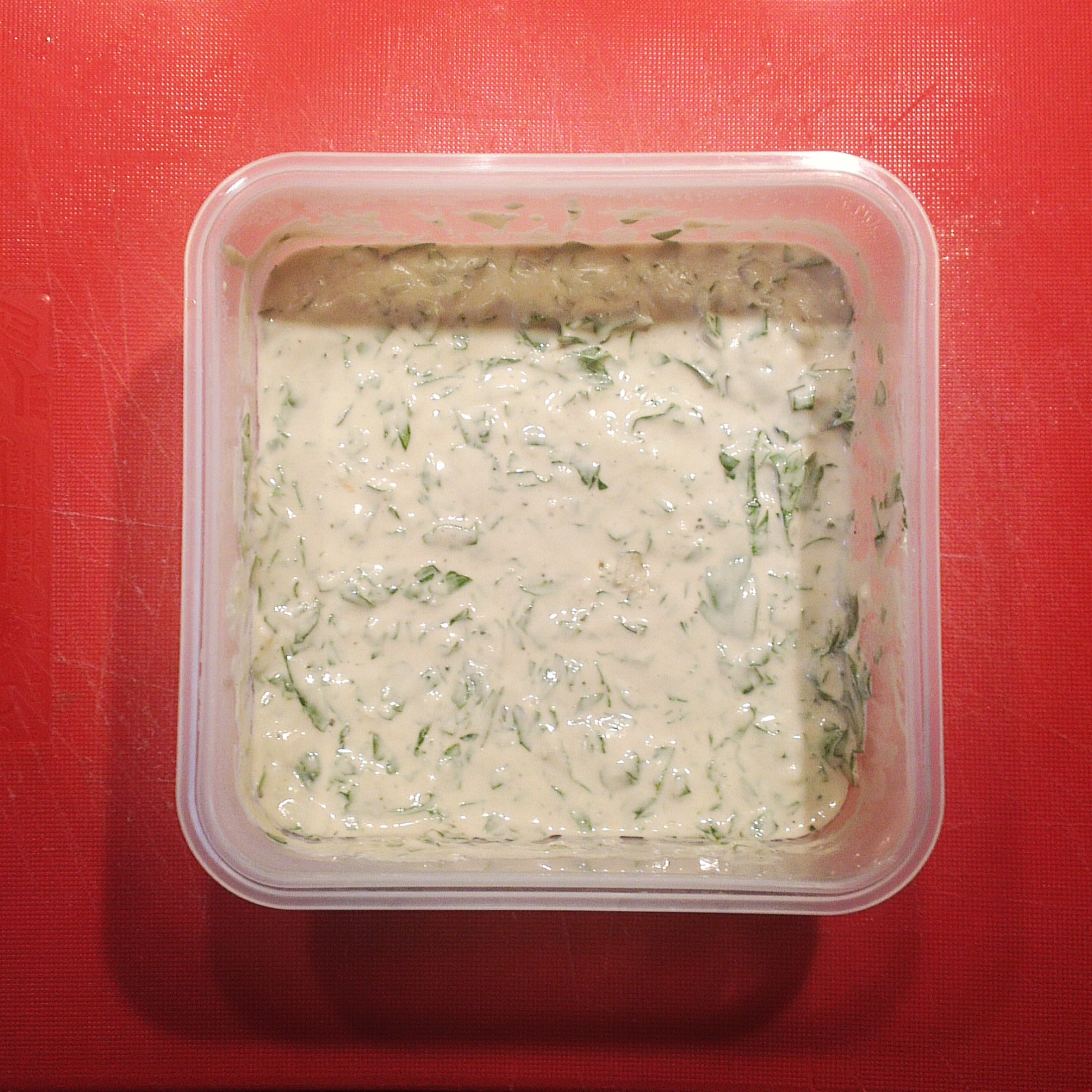 T-chi-na as we call it in Israel, is a sauce/dressing/paste/dip that is made out of ground sesame seeds. It can be made plain and simple and it can be upgraded with tastes and colors. I eat Tchina on salads, pasta, and rice, and in sandwiches. It can be used as a dip for almost everything, and it is essential sauce for Falafel and Sabich (coming soon!) and you cannot make Hummus without it! 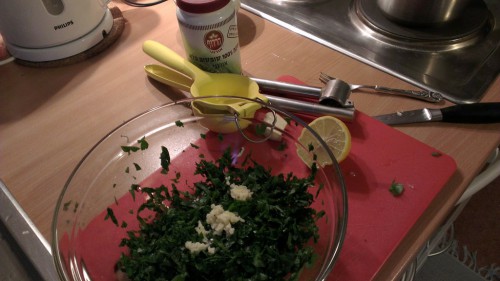 Ingredients: [make a medium box – good for two people – for a week – unless you eat it all immediately, which is a possibility!] 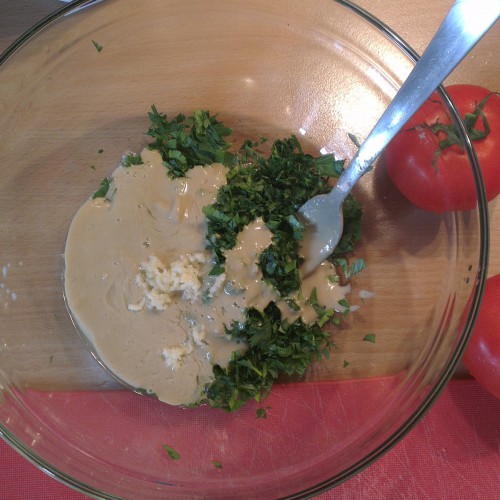 The paste should not be too watery but should drip from the fork – so add water carefully – if too watery add a spoon of raw tahini – the tahini will become thicker when storage in the fridge so no panic!

Same but with a handful of cilantro (yum!) and Moroccan mint (aka Nana – sweet and aromatic) 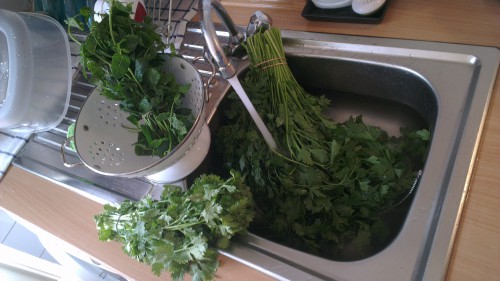 Same, but instead of mixing with a fork, using a hand mixer or a blender to create a smooth creamy paste.