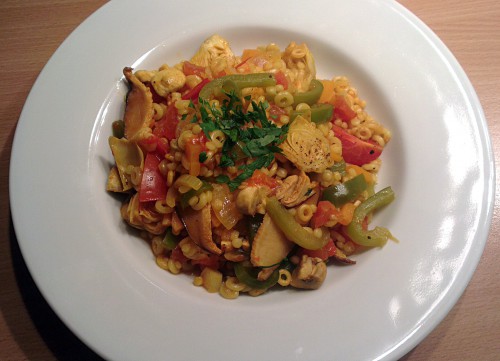 My Paella is a mix of these two recipes plus some creativity from my side. It is a simple dish to make, doesn’t take a long time, perfect for the winter and basically allows you to use whatever you have in the fridge. But leave those pros aside, because the main reason to make this dish is that it’s REALLY delicious!

But first thing first… Ptitim… what is it?!

Right after Israel was founded there were rough years of austerity, from 1949 till 1959. Post-war, still struggling, large amount of new immigrants from all over the world, no stable industry, and hard agriculture times – there was almost no food and there was no rice! Ben Gurion, the first prime minister of Israel, asked the Israeli food company, OSEM, to create some kind of an alternative to rice, and OSEM came up with Ptitim (literally, flakes) – oven roasted wheat flour flakes!

Ptitim became a staple of the Israeli cuisine: kids love it, students live on it (with Ketchup… my dinner almost every evening on my first semester at the university) and parents adore the simplicity of making it. It is VERY cheap (500 gr. cost around 7 Shekels, 1.5 EUR / 2 USD) and in recent years it became popular all over the world, known as Israeli Couscous / Israeli Pasta – being served in fancy restaurants or starring in gourmet recipes.

I get Ptitim supply every time I visit Israel and every time someone comes for a visit – as dry food it can be stored for a long time.

And a few words on Paella – the queen of the Spanish cuisine:

I have never eaten real Paella so I cannot really compare my vegan version to anything, but it doesn’t matter – mine was super tasty and looked awesome and since I used the traditional Paella spices – Saffron and smoked Paprika, I guess it is as close as possible. 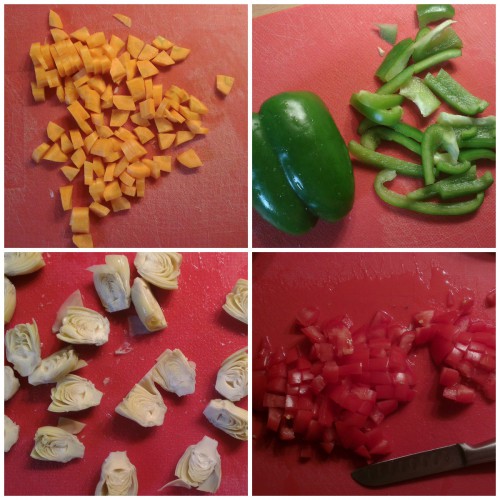 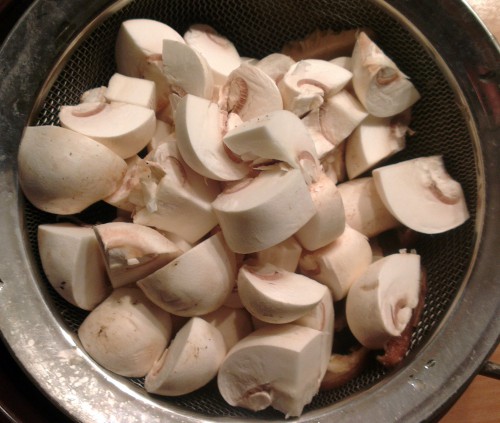 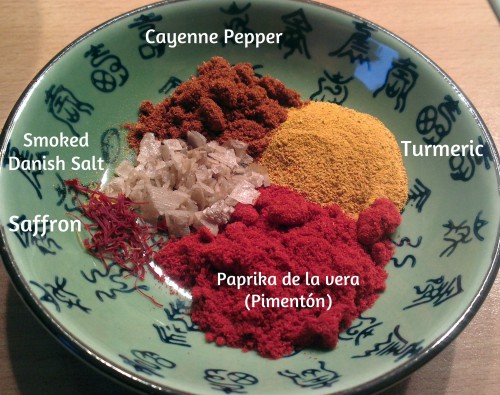 In the biggest pan you have: 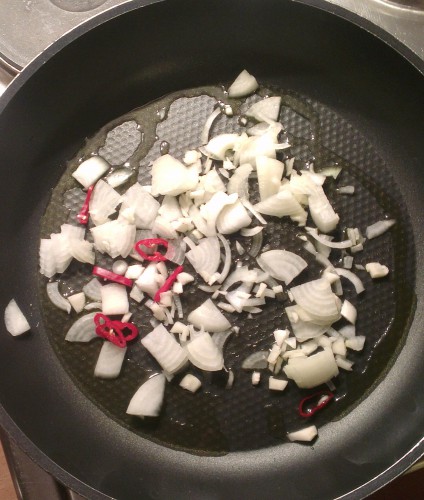 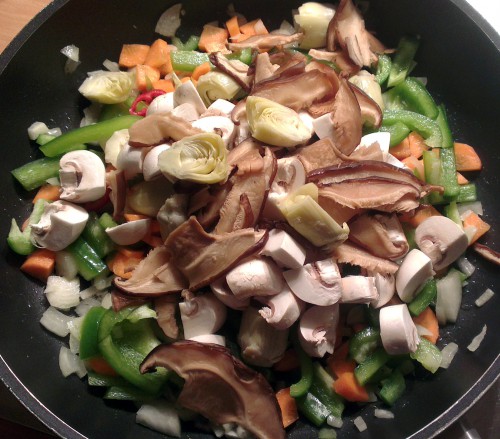 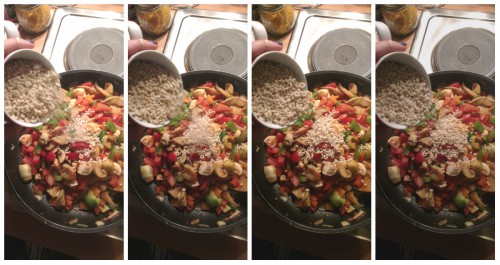 And one last thing! I created a REALLY good 80’s music mix on Groove Shark – feel free to come and listen 🙂